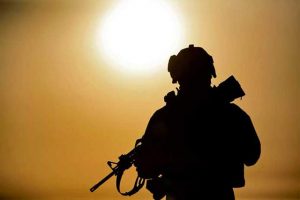 The vaccine industry is currently estimated to be a $30 billion dollar per year industry, with some projecting it will be a $100 billion dollar per year industry by 2020. Many believed this an absurd prediction until it became clear that the industry was not planning on increasing revenue in such a short period of time by introducing new products, but rather by compelling vaccine uptake in greater numbers and in groups that have never had mandates before. In fact, 2015 saw more than 100 bills introduced nationwide to increase vaccine sales, not just for children and members of the military, but now for adults in the civilian world.

The veterans affairs funding bill, which has passed the Senate and is now in the House, may be one of those measures.

Concerns that U.S. military veterans may be forced to comply with the new CDC Adult Vaccine Schedule began to spread in November, when Nevada Senator Dean Heller’s bill, S. 1203 – A bill to amend title 38, United States Code, to improve the furnishing of health care to veterans by the Department of Veterans Affairs, to improve the processing by the Department of claims for disability compensation, and for other purposes, passed the Senate. A section of the bill regarding immunizations, added by special interest groups while the bill was in committee, is worded so it could be used in the future to make rules that would penalize veterans for failure to comply with recommended vaccines. The section reads:

While S. 1203 DOES NOT mandate vaccines, The Canary Party is concerned that the report that is mandated could be written as to include coercive means of gaining compliance with the aggressive adult schedule that can add more than 100 doses of vaccines, on top of those given in childhood, to a veteran living to the average U.S. life expectancy of 78.

As such, The Canary Party contacted a member of Sen. Heller’s Veterans Advisory Committee to encourage amendments to the bill, drafted by our organization and National Health Freedom Action, which would close this potential avenue for robbing those who have served our country of their medical informed consent. He, in turn, has submitted them to Sen. Heller.

Sen. Heller responded by offering assurances that he supported the rights of former service men and women to informed consent, but did not signal that he would work to amend the bill.

The bill is currently in the House Armed Services Committee, Subcommittee on Military Personnel.

We encourage anyone concerned that this report may be misused to contact the members of the subcommittee and express their thoughts, and encourage their legislators to adopt the language that has been offered.

We also encourage veterans and those who love them to remain vigilant on this matter, so when the report is issued by the Secretary of Veterans Affairs, it does not include measures that would coerce former servicemen in any way.

As a member of your Veterans Affairs Advisory Panel, I have been following the development of S. 1203 very carefully, fully aware of your commitment to improving the lot of Veterans across a wide spectrum of issues. I have one very strong concern with the bill as written that I feel compelled to bring to your personal attention.

The Bill, which you sponsored, was amended in committee to include language submitted by special interests. This included a section requiring the VA to draft a report detailing a plan to ensure that all veterans receive each vaccine on the CDC’s new adult vaccine schedule. Although not specified in the bill, it is clear that this language could very easily be interpreted in a fashion that would open veterans up to coercion to comply with this aggressive vaccine schedule, via some sort of threat of removal of benefits.

For example, should such rulemaking be allowed to take place, a 70 year old veteran would be required to receive a flu shot ever year, as well as vaccines for Chicken pox, Diphtheria, Tetanus, Whooping cough, Shingles, Hepatitis A, Hepatitis B, Meningococcal, Haemophilus influenzae type b, and two different Pneumococcal immunizations, or be subject to loss of their hard earned financial benefits and/or medical care, or whatever consequences those writing this report see fit to impose.

I believe that it would be unconscionable to take away the right of informed consent from the men and women who have risked their lives for our country.

1. To delete the clause that mandates the report.

2. To amend the clause that mandates the report, as follows:

(c) Report To Congress.—(1) IN GENERAL.—Not later than two years after the date of the enactment of this Act, the Secretary of Veterans Affairs shall submit to the Committee on Veterans’ Affairs of the Senate and the Committee on Veterans’ Affairs of the House of Representatives a report on the development and implementation by the Department of Veterans Affairs of quality measures and metrics, including targets for compliance, to ensure that veterans receiving medical services under chapter 17 of title 38, United States Code, may receive, if they so choose, each immunization on the recommended adult immunization schedule at the time such immunization is indicated on that schedule, free from threat of loss of benefits for noncompliance or similar coercion.

3. To add the following clause to the bill to assure that future attempts at vaccine mandates, and other medical coercion do not take place:

Subd. 3. Protection of Veteran’s Human Rights and Personal Choice in Medical Treatments. The Department of Veteran Affairs, the federal government, and state governments, shall not mandate that a person receive medical services or a vaccine against a person’s wishes, or infringe upon a Veteran’s human and personal right to make health decisions regarding medical services or preventive health care including, but not limited to, immunizations.

I am sending this to you outside of the Advisory Committee process due to the urgency of the matter and the fact that the committee will not meet until sometime early next year. For that reason I am requesting your urgent, expedited personal attention to this issue. I will also follow up with Joe Heck as the bill moves to the House.